This month we celebrated our little girl’s second birthday. Another major milestone in our daughter’s journey as a toddler and our journey as parents.

I wish I could tell you motherhood becomes easier with time. Well, in general it does because you get to know your child better as well as yourself as a parent.

Just don’t expect that the learning, developing and becoming part ever stops.

Elena is growing up so fast that sometimes it’s difficult to grasp that she is only two years old.

Welcome to the terrible twos

Until now I had only heard the horror stories from parents of two-year-olds. Now I’ve got the chance to experience it all first hand. Yeey!

I can tell you, my daughter has been anything but an easy obedient kid so far. And I did not expect anything less of this period.

Since the day she turned 2, our life became hell. Nope, I am really not exaggerating it 🙂

I would say the frequent mood swings and the tantrums are the easy part.

From a child who was eating pretty much everything that was served to her, all of a sudden she started refusing to eat almost everything that was offered at the table. Her favorite meal today would be an absolute “no go” tomorrow. Even if I would ask what she would like to eat and serve it to her, the peace would not be restored.

In addition to that, she started refusing to go to bed in the evening. This resulted in her falling asleep after 11 – 11:30 pm and even after midnight. For nights and weeks in a row.

Then when the evening and night rest was taken away from us, she decided to make it even more challenging by refusing to take her afternoon naps.

She no longer wants to fall asleep on her own and spend the night in her room even though that was not such a big problem before. Well not always.

And the worst part of all is that nothing really works. Any routine we used to have or are trying to establish is being turned upside down by her disobedient behaviour.

For the past two – three weeks we have been completely thrown off balance. There is hardly any sleep and rest in our house. At least not without a long battle before we finally get there.

We are literally exhausted, agitated, losing our patience and very much on the edge of losing it.

What else is remarkable about this period

Although it may be challenging right now and we may not see the light in the tunnel yet, there are plenty of other achievements and developments to be proud of and grateful for. The below ones are just a few that are absolutely worth sharing:

Due to the fact that we have spent more than half a year in Bulgaria during the past year, Elena is absolutely fluent in Bulgarian. Even though we have been back for only a month and a half, her Dutch vocabulary is expanding every day.

I have caught her pronouncing sentences consisting of 7 and even 8 words.

She knows the difference between one and multiple objects and she can even count to ten in both Bulgarian and Dutch.

Although she generally speaks about herself in third person, during the past month she stated consciously using the words “I” and “mine” for the first time.

It is so sweet to hear her pronounce words for the first time as well as our names, the names of family members and friends.

She recognizes the different colours: blue, green, rose, purple, red, white with the most success.

She can explain which part of her body hurts and she wouldn’t hesitate for a moment to come and kiss you if you say that you are in pain or she sees you in tears.

This girl seems to be born to become an athlete. Her physical strength is something we have always admired in her.

She is able to jump with two feet from the ground, climb up a slide from bottom to top, keep balance on a three wheel toddler scooter and a balance bike for toddlers (loopfiets).

She has done her first attempts at skiing when she was just a year and eight months. During the past winter she was scared of the snow at first but shortly after she was begging us to bring her skiing again.

She is an absolute adrenaline junkie demanding you to hold her upside down as long as you can, throw her up in the air as high as you can, wanting to practice her balance at any dangerous edge she could find and forcing you to drive faster when she is in the car.

As you can see parenthood remains as exciting and challenging as I have described it in every article I have written on this topic.

From what I have experienced so far the best approach to deal with the challenges when raising a child is to surrender to the situation. To let go of our expectations of how things should go, to stop comparing ourselves with the best possible examples we can find and to accept that we cannot always be in control of what’s happening in our lives.

The more we are trying to resist and fight the challenge, the more tense the situation becomes. Sometimes no matter how contradictory this may sound the best way to survive a challenging phase is to relax, sit back and observe until it passes away on its own.

I am saying this because I have noticed that the more desperately I want my daughter to fall asleep earlier, the more she refuses to do so and the more frustrated we all feel in the end.

Some phases and periods are more challenging versus others but the opportunity to witness your child’s growth and development remains priceless.

Even though it is not easy at times, I try to look at the bright side of life and to remind myself of the day when she told me that the dinner I had cooked was “Lekker, man” (translated from Dutch this would mean very delicious meal, man”). Or the fact that she is adopting the potty more and more consciously and even starts to tell me that she wants to go on her own.

I hope that by sharing with you the ups and downs of my motherhood, I will help new parents get a more realistic idea about what parenthood looks like.

To all of you who are already parents, I hope you will be able to relate, remember, reflect and perhaps even get some new insights or at least some reassurance that you are not alone in whatever you have been going through. 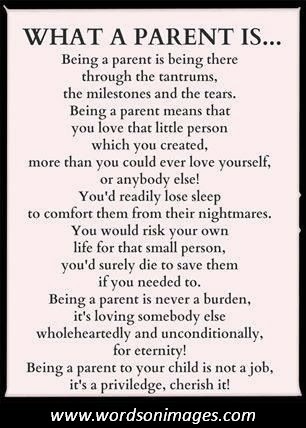